‘Leo Africanus’ Discovers Comedy: A Mediterranean Adventure
From Wesleyan’s Website:
Sep. 15, 2013 by Ann Tanasi
This talk stages a dialogue between two theatrical traditions at the end of the Middle Ages: the popular theater of the Arabic and Islamic world and the theater of Christian Europe. It does so through the adventures of Hasan al-Wazzan (“Leo Africanus”), a Moroccan traveler and diplomat, who was captured by Christian pirates in 1518 and spent several years in Italy as a seeming convert before returning to North Africa. The talk reflects on possible limits to cultural exchange and on the continuing vigor of alternate cultural traditions.
Natalie Zemon Davis has received honorary degrees from numerous universities in the United States and Europe. In 1987 she served as President of the American Historical Association.  In recognition of her path breaking historical work, in 2010 she was awarded the Holberg International Memorial Prize, and in 2012 she received the National Humanities Medal. 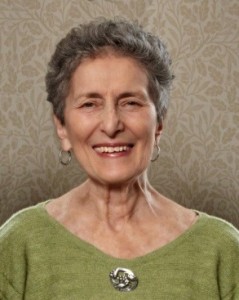 SPONSORED BY THE HISTORY DEPARTMENT